To share your memory on the wall of MICHAEL HAVELA, sign in using one of the following options:

Provide comfort for the family of MICHAEL HAVELA with a meaningful gesture of sympathy.

Mike was born on January 20th, 1951 in Marquette to Martin and Elizabeth (Johnson) Havela, and was a 1969 graduate of Negaunee High School. For o... Read More
Michael Andrew Havela, 68, of Ishpeming, passed away July 16, 2019 at his North Lake home.

Mike was born on January 20th, 1951 in Marquette to Martin and Elizabeth (Johnson) Havela, and was a 1969 graduate of Negaunee High School. For over 30 years, Mike worked as a corrections officer at the Marquette Branch Prison before retiring.

If you knew Mike, you’d know sometimes his exterior demeanor could be tough as nails, but his interior being was soft as feathers. Mike enjoyed life and lived simple. Many summers were spent at Camp Little Perch Lake. Camp was near and dear to his heart because he helped his father build it from the ground up. Hours would pass by in the front porch with a hot cup of coffee or a cold beer taking in nature and watching for action on the lake. His grandchildren were excited to participate in “Grandpa Mike’s Annual Fishing Derby” every summer. He also enjoyed his hunting camp “The Dirty Dozen” in Michigamme. One particularly memorable deer season, he shot a buck right from the camp window with his grandson’s Cooper and Gage.

A true biker, Honda’s and Harley’s sparked his happiness, whether it was working on them or riding. He always said “you meet the nicest people when riding a Honda”. His passion for bikes began early. During high school he owned his first one; a dark blue Triumph 500cc, and as the story goes, it cut through the wind of dusk going 113 mph racing a friend on County Road 581. Mike was the best story teller. His narratives showcased his comical character and could turn a mundane story into a funny one.

Mike spent life’s days at leisure on his Honda four wheeler and SXS taking rides around the lake or to The Little Store-581 Cash, cruising the back roads during partridge season, writing journals of time spent at camp, reading (especially Dean Koontz), drawing, collecting die cast model cars/motorcycles, watching American Pickers, motocross and Clint Eastwood movies. He was infatuated with wolf related art, decorated for Halloween only because cool skulls and skeletons where his thing, ate Reese’s Peanut Butter Cups cold from the freezer and listened to Bob Seger when the rest of North Lake was probably sleeping. Mike and his girlfriend frequented the Greenwood American Legion where they caught up on gossip, watched NASCAR and rooted for his favorite football team, The Minnesota Vikings. But above all, Mike loved spending time with his family, they were closest to his heart and the single part of his life he was most proud of. His son Brad took extra great care of him, making sure he had hot meals and a helping hand, while his grandson Gage looked after him during the winters by clearing off his truck and shoveling the stairs.

Mike will truly be missed by his family. He was the absolute best father and grandfather that all of us could hope for. To honor him, we ask that all who knew Mike do so by raising a glass in his memory.

“Why do people have to die? It’s to make room for new people so they can experience living a life too.”- Mike Havela

A private graveside service will be held by Mike’s family. Burial will be at the Negaunee Cemetery.

Michael’s memorial page may be viewed at koskeyfuneralhome.com.
Read Less

We encourage you to share your most beloved memories of MICHAEL here, so that the family and other loved ones can always see it. You can upload cherished photographs, or share your favorite stories, and can even comment on those shared by others.

My deepest condolences, Brenda & Lexi sent flowers to the family of MICHAEL ANDREW HAVELA.
Show you care by sending flowers

Posted Jul 30, 2019 at 04:00pm
We were greatly lucky to have had Mike in our lives and to get to know him. He and Auntie Betty had such a great life together and that is when she was truly at her happiest point in her life. May he rest in peace and be reunited with all that have gone before him. We will miss you Mike and hope that you and Auntie Betts are together again for eternity. Until we meet again.... Our deepest sympathies go out to the family... we know how much they all love their dad and grandpa. Rest easy Mike....
Lots of love, Bill and Wendy Gravedoni
Comment Share
Share via:
KH

Posted Jul 30, 2019 at 07:04am
my condolences to his family. Mike was always a person who had your 6. I wish i could get a picture of Mike in his green sport coat.
worked with him at the branch. RIP baby doll!
Comment Share
Share via:
ML

Posted Jul 20, 2019 at 01:00pm
Words can not express how sorry I am for your loss. May your memories bring you peace and comfort during this difficult time.

My deepest condolences, Brenda & Lexi purchased the The FTD Comfort Planter for the family of MICHAEL HAVELA. Send Flowers 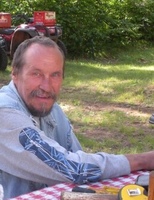