To share your memory on the wall of BYRON WILLIAMS, sign in using one of the following options:

Byron was born November 20, 1937 in Negaunee and was raised by William and Pearl Brailey. He attended Negaunee schools and was a lifelong area resident. He worked many years as a custodian for the City of Negaunee.

In his spare time, Byron loved gardening, traveling and spending time with his family. He was an avid fan of the Negaunee Miners basketball teams and enjoyed traveling to Wisconsin to attend Milwaukee Brewers baseball games, and was a big fan of the Green Bay Packers! Go Pack!!

Public services will be held at a later date.

The family will like to thank the staff at the Eastwood Nursing Center for their incredible care and support over the years while Byron was a resident. You made a difference.

Byron’s memorial page may be viewed at koskeyfuneralhome.com
Read Less

There are no events scheduled. You can still show your support by sending flowers directly to the family, or planting a memorial tree in memory of BYRON W. WILLIAMS.
Plant a Tree

We encourage you to share your most beloved memories of BYRON here, so that the family and other loved ones can always see it. You can upload cherished photographs, or share your favorite stories, and can even comment on those shared by others.

Posted Jan 19, 2021 at 10:54am
Our sincerest sympathy to you all. Byron was an asset to our community and will be missed by many. Never did you see him without a smile and a kind word. Knowing he is now reunited with Darlene makes me smile.
Comment Share
Share via: 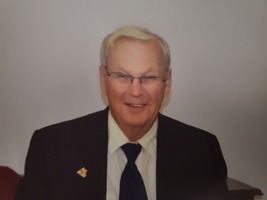