To share your memory on the wall of TOMMY BEAUCHAINE, sign in using one of the following options:

Provide comfort for the family of TOMMY BEAUCHAINE with a meaningful gesture of sympathy.

Tom was born in Ishpeming, Michigan on July 22, 1942 to Alfred and Lempi (Alongo) Beauchaine, graduated from Negaunee High School, Class of 1961, and then enlisted in the United States Army and served three years. Upon his honorable discharge, he gained employment for Cleveland Cliffs Iron Co. at the Empire Mine where he worked until his retirement in 1996. He was united in marriage to Shirley Racine on June 3, 1967 and together they raised two children.

Tom loved fishing with his grandchildren, especially with his oldest grandson Jacob, with whom he shared a special bond. He was an avid woodworker and it provided him with great joy to lovingly create beautiful pieces of wood art for friends and family. While he sold some of his work, he was more likely to give it away because he loved the joy it brought people. Tom also loved picking blueberries. He spent many hours in the woods hunting for blueberries and it was not uncommon for him to be gone from sun-up to sundown. While he enjoyed a good blueberry pie every now and then, he picked them for those he loved knowing how much we enjoy them. Tom could fix and do just about anything and he always stayed busy. He spent his summers as a handyman working at the Northwoods Club where he developed many friendships during the last 20 years. However, the joy of his life was his family, especially his three grandchildren. He spent countless hours swimming, fishing and four wheeling with them creating memories that will be cherished forever. Family was everything to Tom and they always came first. We could have not asked for a better husband, father and grandfather.

A Mass of Christian Burial will be celebrated at 3:30 pm on Monday, July 1st at St. John the Evangelist Catholic Church with Rev. Ryan Ford officiating. Visitation will be held from 1:30 pm until the time of Mass at 3:30 pm at the church on Monday. A luncheon will be held immediately following Mass. The family would like to thank the caring staff of the palliative care unit at the VA as well as The Fisher House. As an expression of sympathy, memorial contributions may be made to the Fisher House in Milwaukee in Tom’s memory.

To send flowers to the family or plant a tree in memory of TOMMY ALFRED BEAUCHAINE, please visit our Heartfelt Sympathies Store.

We encourage you to share your most beloved memories of TOMMY here, so that the family and other loved ones can always see it. You can upload cherished photographs, or share your favorite stories, and can even comment on those shared by others.

Alan & Gae Crossman, Love, Alan and Vickie Hansen, and others have sent flowers to the family of TOMMY ALFRED BEAUCHAINE.
Show you care by sending flowers

Posted Jul 03, 2019 at 12:00am
I worked with Tom for several years at the Empire Mine. We even served on a jury together. Tom was a very reserved and intelligent man. I always respected his judgement and realized how much his family meant to him. I was very close to Kay and I am sure it is a difficult time for her as well as the rest of the family. Best wishes to everyone during these sad times.
Comment Share
Share via:
D

Posted Jun 30, 2019 at 01:47pm
The loss of Tom has left a big empty spot in my life, after spending the last 5 summers doing handyman work with him I feel like I have lost a brother. He truly was a handyman in every sense of the word. I never did see any job that he couldn’t do, no matter what it was he had a solution, and a lot of what he did were things he invented. His knowledge of how to figure something out was unbelievable, and I learned so much from him. He will be missed by many, and my prayers go out to his family. God Bless You All.
Dave Magnuson
Comment Share
Share via:
HS

The FTD Comfort Planter was purchased for the family of TOMMY BEAUCHAINE. Send Flowers 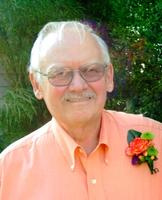