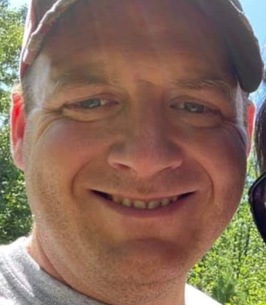 Dave was born March 14, 1985 in Ontonagon to Richard and Lisa (Westie) Sandy and graduated from Ontonagon Area High School, Class of 2004. He then enlisted in the United States Army and served in the Army Reserves until being called to duty in Iraq. He served until his honorable discharge in 2014. He married Brandee Walline on August 8, 2008 in Ontonagon and together they raised their three, soon to be four children. Following his service to his country, Dave earned his Associate’s Degree in supply chain management from Fox Valley Technical College with high academic honors.

In his spare time, Dave enjoyed being outdoors hunting and fishing, loved to cook, and was always able to make the people he loved laugh. More than anything he cherished his beloved wife and children, and was devoted to putting his family above all else.

Memorial services will be held at 11:00 AM on Saturday, August 6th at Koskey Funeral Home, with Russ Ransom officiating. The family will greet relatives and friends from 10:00 AM until the start of services at 11:00 AM at the funeral home on Saturday. A potluck luncheon will be held immediately following services at the Negaunee VFW, 208 Gold St., Negaunee, MI 49866.

David’s memorial page may be viewed at koskeyfuneralhome.com