To share your memory on the wall of STEVEN BOURDAGE, sign in using one of the following options:

Print
Steven Allan Bourdage, 65, of Michigan St, Ishpeming, passed away peacefully Thursday morning, June 10, 2021 at his home under the care of his loving family and UP Home Health & Hospice.

Steve was born November 8, 1955 in Marquette to Fr... Read More
Steven Allan Bourdage, 65, of Michigan St, Ishpeming, passed away peacefully Thursday morning, June 10, 2021 at his home under the care of his loving family and UP Home Health & Hospice.

Steve was born November 8, 1955 in Marquette to Francis E. ‘Bozo’ and Gloria J. (Mannila) Bourdage, Sr. and graduated from Negaunee High School, Class of 1974. Following school, he served in the United States Navy from 1975 until his honorable discharge. Following his service to his country, he worked several jobs before beginning his career in maintenance at the Peninsula Medical Center, from where he retired in 2017.

Graveside services will be held at 1:30 pm on Wednesday, June 16th at the Negaunee Cemetery. A Celebration of Life will be held at a later date, and will be announced by the Koskey Funeral Home.

Steve’s memorial page may be viewed at koskeyfuneralhome.com
Read Less

To send flowers to the family or plant a tree in memory of STEVEN ALLAN BOURDAGE, please visit our Heartfelt Sympathies Store.

We encourage you to share your most beloved memories of STEVEN here, so that the family and other loved ones can always see it. You can upload cherished photographs, or share your favorite stories, and can even comment on those shared by others.

Posted Jun 10, 2021 at 08:57pm
Our deepest condolences. You will be missed Uncle Steven. Love Kalli, Greyson, and Matt Huston.

Flowers were purchased for the family of STEVEN BOURDAGE. Send Flowers 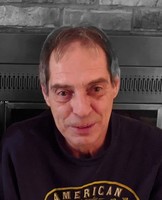