To share your memory on the wall of RICHARD NOWACZYK, sign in using one of the following options:

Print
Richard Frank ‘Dick’ Nowaczyk, 74, of Gwinn, passed away early Tuesday morning, April 27, 2021, at UP Health System Marquette while in the care of his loving family.

Dick was born Feb. 19, 1947 in Rogers City, Michigan to Ignatius an... Read More
Richard Frank ‘Dick’ Nowaczyk, 74, of Gwinn, passed away early Tuesday morning, April 27, 2021, at UP Health System Marquette while in the care of his loving family.

Dick was born Feb. 19, 1947 in Rogers City, Michigan to Ignatius and Lucille (Nowak) Nowaczyk and graduated from Rogers City High School, Class of 1965. Following high school, he enlisted in the United States Army and served during the Vietnam War. He would go on to become a warrant officer and spend 20 years as an Army helicopter pilot.

The Army afforded Dick the opportunity to see the world, serving in Japan, Germany, Alaska and at bases across the Southern United States.

After retiring, Dick made a home in Gwinn, where he spent more than 30 years. He loved the outdoors, especially hunting and fishing, and shared his passions with his children and grandchildren, who will forever treasure those hours spent with him.

In every aspect of his life, Dick believed in working hard and doing things the right way. He never left a job undone and rewarded those close to him who put in the same effort. His friendship was not given lightly, but it was generous and wholehearted and was cherished by those he loved.

Surviving are his loving wife of 55 years, Lynn (Conley) Nowaczyk; daughter, Kristin Askelson of Louisiana; two sons: Jon (Kaye) of Alabama and Mike (Hannah Erickson) of Gwinn; six grandchildren: James Askelson, Isaac Perez, Chelsea and Jon C. Nowaczyk, and Abigale and Eston Newkirk; along with several nieces and nephews. He was preceded in death by his parents; his son, Richard ‘Scooter’ Nowaczyk, in 2011; and a brother, Thomas Nowaczyk.

In lieu of flowers, donations may be made to the Forsyth Township Public Library in Dick’s memory. In his final years, when his world grew smaller because of health limitations, he could still find pleasure by burying his nose in a good book.

Dick’s memorial page may be viewed at koskeyfuneralhome.com
Read Less

There are no events scheduled. You can still show your support by sending flowers directly to the family, or planting a memorial tree in memory of RICHARD FRANK NOWACZYK.
Plant a Tree

We encourage you to share your most beloved memories of RICHARD here, so that the family and other loved ones can always see it. You can upload cherished photographs, or share your favorite stories, and can even comment on those shared by others.

Posted May 03, 2021 at 10:27am
Dick was a wonderful man, always willing to lend a helping hand or share some words of encouragement! He will be sadly missed by many in our small community of Gwinn. My prayers go out to Dick’s family for strength during this difficult time !
R.I.P. Dick❤️
Jill Froberg
Comment Share
Share via:
BM 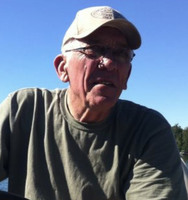