To share your memory on the wall of GLENN BINONIEMI, sign in using one of the following options:

Glenn was born March 14, 1936 at the family home in Point Mills, MI to Matt and Victoria (Joyal) Binoniemi and graduated from Dollar Ba... Read More
Glenn Louis Binoniemi, 85, of Negaunee, passed away early Sunday morning, March 21, 2021 at his home.

Glenn was born March 14, 1936 at the family home in Point Mills, MI to Matt and Victoria (Joyal) Binoniemi and graduated from Dollar Bay High School, Class of 1953. After serving and being honorably discharged from the United States Army at the end of the Korean War, he attended Suomi College and Northern Michigan University. He began working for LS&I Railroad and then as a computer programmer for Lasco. He came out of retirement and worked as a sign maker and installer for SignsNow in Marquette and then came out of retirement a third time and was a delivery man for Pellow Printing, Negaunee up until 2020.

He enjoyed being active in the community, and though he lived in Negaunee Township, he served on the Board of Trustees, and the Zoning and Planning Commission. When he moved to the City of Negaunee, he was asked to run for the City Council, and was proud to be elected and serve as the Mayor. Glenn also served on the Board of Review for many years. He was an active member of the Negaunee Lions Club, volunteered as a driver for the ski jumpers at the annual Suicide Hill Ski Jumping Tournaments, and was an active participant in developing and working on the Negaunee portion of the Iron Ore Heritage Trail, and other trails throughout Old Towne. He especially enjoyed working on the Lions Club’s log cabin project in Old Towne. He was always being volunteered by his children and grandchildren to help with their various projects, especially if it meant being outdoors. He rarely turned down an opportunity.

He was a talented wood carver, a hobby he took up seriously in the past decade. He enjoyed the friendships he made with the Negaunee Carving Club, meeting on Wednesday mornings at the Negaunee Ice Arena. He could not tell a story without a pencil and piece of paper to draw you a diagram, map or picture. He loved to write and kept a logbook detailing time spent at the family camp dating back to the 60s. He also enjoyed golfing, long walks with his kids and grandkids, picking berries, riding his four-wheeler, feeding his feathered and four legged friends, building and flying model airplanes, and spending time with his sisters and cousins in the Copper Country. A most recent highlight was the trip to Washington, D.C. as part of the UP Honor Flight’s XVII Mission in September of 2019. He collected friends of all ages everywhere he went. “That’s why I like talking to people, they all have a story to share.” He had a special place in his heart for cats and his latest feline friend “Dottie” will miss their nightly game of fetch and all the attention he showered on her. He also maintained a friendship with both of his former wives: Sandra Pierce, and Maureen Olson, gathering the whole ‘kit and kaboodle’ to celebrate holidays together, which enriched the lives of all involved.

He was preceded in death by his parents; two brothers, Weldon and Matt; his brothers in law Rodney Granroth and Marvin Luokka.

“Our Dad didn’t tell us how to live, he lived and let us watch him do it.”

Due to COVID restrictions, a private family service will be held at Koskey Funeral Home. A Celebration of Life will be held this summer in Negaunee, and one will also be held for family and friends in the Copper Country. Dates and times to be announced. Memorial considerations may be directed in his memory to the UP Honor Flight, 7508 J Road, Gladstone, MI 49837.

Glenn’s memorial page may be viewed at koskeyfuneralhome.com.
Read Less

There are no events scheduled. You can still show your support by sending flowers directly to the family, or planting a memorial tree in memory of GLENN LOUIS BINONIEMI.
Plant a Tree

We encourage you to share your most beloved memories of GLENN here, so that the family and other loved ones can always see it. You can upload cherished photographs, or share your favorite stories, and can even comment on those shared by others.

3 trees were planted in the memory of GLENN BINONIEMI

Posted Mar 27, 2021 at 11:39am
Thank you for sharing the wonderful memories of Glenn and his creative love of life. He was one of my best friends growing up in the Cadeau family in Dollar Bay, until the 7th, grade when my mother and step father moved to the big town of Houghton and here we are living i=next to each other in Marquette and Negaunee.

Glenn was a very special friend and man.

Posted Mar 25, 2021 at 01:37pm
Our thoughts and prayers go out to Glens family.
Glen was a wonderful man. We will keep you all in our prayers in this time of sadness.

Posted Mar 25, 2021 at 09:30am
Glenn had the looks of Sean Connery and the skills of MacGyver, but he wrote his own script and did his own stunts.
Comment Share
Share via: 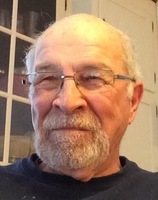