To share your memory on the wall of LESLIE HIETALA, sign in using one of the following options:

Leslie was born November 15, 1926 in Palmer to Harvey and Ellen (Karjula) Hietala, graduated from Negaunee High School, Class of ’44 and was a lifelong area resident. Following high school, he served in the United States Navy during WWII, being honorably discharged in June, 1946. Following his service to his country, he continued his education between Central Michigan University and Northern Michigan University. Leslie worked as a hoist engineer at the Tracy Mine, and was the maintenance supervisor at local nursing facilities, including the Palmer Nursing Home, Mather Nursing Home and Superior Shores in Munising. He married the late Grace (Quayle) Hietala in 1948 and together they raised their three children in Palmer.

Mr. Hietala was a member of Concordia Lutheran Church, currently Community Lutheran Church, Palmer. He was also a member of the Destroyer Escort Sailors Association as well as the NRA. In his spare time, Leslie loved being at the family camp on Pike Lake, hiking and fishing, cross country skiing, and was an accomplished carpenter and woodworker. Above all, he cherished time with family, especially his beloved grandchildren.

He was preceded in death by his parents; his loving wife, Grace in 2017; a brother, Edwin Hietala; and a sister, Laila (Henry) Poutanen.

The family wishes to extend a heartfelt thank you to the staff at Brookridge Heights, UP Home Health & Hospice and Dr. Michael Grossman for their loving and compassionate care.

Leslie’s memorial page may be viewed at koskeyfuneralhome.com
Read Less

There are no events scheduled. You can still show your support by sending flowers directly to the family, or planting a memorial tree in memory of LESLIE N. HIETALA.
Plant a Tree

We encourage you to share your most beloved memories of LESLIE here, so that the family and other loved ones can always see it. You can upload cherished photographs, or share your favorite stories, and can even comment on those shared by others.

Plant a Tree in Memory of LESLIE
Plant a tree 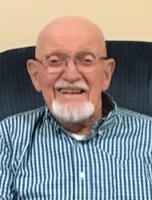