To share your memory on the wall of ALVIN JOHNS, sign in using one of the following options:

Print
Alvin Louis Johns, 94, of Carr St., Negaunee, passed away Monday morning, January 11, 2021 at his home in the presence of his loving wife and daughters.

Alvin was born October 8, 1926 in Iron Mountain to Anton and Frances (Valentine) Joh... Read More
Alvin Louis Johns, 94, of Carr St., Negaunee, passed away Monday morning, January 11, 2021 at his home in the presence of his loving wife and daughters.

Alvin was born October 8, 1926 in Iron Mountain to Anton and Frances (Valentine) Johns and attended Kingsford schools. Alvin was an honorably discharged Veteran of the United States Navy. He married Carol M. Dauzy on June 20, 1952 and together they raised two children and were foster parents to many girls for over 20 years.

Alvin worked early in his life on the ore carriers of the Great Lakes. He also worked for 15 years in Toledo, OH, at Wonder Bread. He then moved to Negaunee and worked for Bunny Bread in Marquette until his retirement, making countless friends along the way. They would go to Pat’s Bar on Friday’s after work for a couple beers and to play pool (he was a great player).

Mr. John’s was member of St. Paul Catholic Church, Negaunee, and was also a member of the Knights of Columbus and VA Romo Post #3165, Negaunee VFW. In his spare time, he enjoyed gardening, playing pool, woodworking, singing, playing cards, going for walks and meeting new people.

He was preceded in death by his parents; his son, Alvin, Jr.; a granddaughter, Amber Vasseau; and three brothers.

Honoring Alvin’s wishes, no public services will be held. Interment will be in Northland Chapel Gardens.

There are no events scheduled. You can still show your support by sending flowers directly to the family, or planting a memorial tree in memory of ALVIN LOUIS JOHNS.
Plant a Tree

We encourage you to share your most beloved memories of ALVIN here, so that the family and other loved ones can always see it. You can upload cherished photographs, or share your favorite stories, and can even comment on those shared by others.

Plant a Tree in Memory of ALVIN
Plant a tree 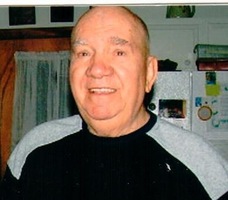