To share your memory on the wall of PHILIP CARLSON, sign in using one of the following options:

There are no events scheduled. You can still show your support by sending flowers directly to the family, or planting a memorial tree in memory of PHILIP RUSSELL CARLSON.
Plant a Tree

We encourage you to share your most beloved memories of PHILIP here, so that the family and other loved ones can always see it. You can upload cherished photographs, or share your favorite stories, and can even comment on those shared by others.

Posted Nov 07, 2020 at 12:00pm
Phil was a neighbor for many years growing up. I enjoyed talking with him at the Steelworkers union meetings where he helped serve dinner. RIP Phil. Deepest sympathy to Mavis and family
Comment Share
Share via:
CK

Posted Oct 30, 2020 at 10:59pm
Phil was a part of the backbone to our Iron range retirees’s club. Ronn Hall won’t be the same without him helping in the kitchen. I’ve had the pleasure of having many conversations with him about Unionism. Rest In Peace, brother Phil.
Comment Share
Share via:
BK

Posted Oct 30, 2020 at 02:32am
Sorry to hear about Phil s passing. John and I enjoyed him helping out in the kitchen at the Union hall, "taste testing" and helping cut things up. He loved teasing me and I gave it back to him, saying keep it up and I'll send u home to Mavis. He would say, that's OK and laugh. Miss u at the hall Phil. RIP.
Comment Share
Share via:
TW

Posted Oct 29, 2020 at 03:21pm
We're so sorry to hear about the passing of Phil. Mavis and family you're in our thoughts and prayers.
Comment Share
Share via:
JM 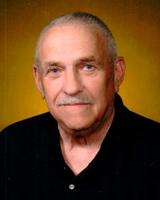