To share your memory on the wall of RICHARD MARSHALL, sign in using one of the following options:

Dick was born April 11, 1950 in Ishpeming, to Harry and Mary (Milroy) Marshall, Sr., and graduated from Negaunee High School, Class of 1968. He married the love of his life, Suzanne ‘Sue’ Laine that same year. Following school, he was drafted into the United States Army, serving honorably during the Vietnam War. Following his service to his country, Dick went to Northern Michigan University, earning his Bachelor’s Degree in Education.

Mr. Marshall was employed as an auto mechanics teacher in Gillette, Wyoming, before returning to Negaunee. He then worked as a mechanic for Cleveland Cliffs Iron Co. for 30 years, retiring in 2012. Following retirement, Dick and Sue spent their winters in Laughlin, Nevada, where he made numerous new friends.

He was preceded in death by his parents; his brother, Harry ‘Tom’ Marshall, Jr.; a brother-in-law, John Laine; daughter-in-law, Sophia Marshall; nephew, Matthew Marshall; and his father and mother-in-law, Paul and Audrey ‘Ginger’ Laine.

Honoring Dick’s wishes, no public services will be held.

There are no events scheduled. You can still show your support by sending flowers directly to the family, or planting a memorial tree in memory of RICHARD JOHN "Dick" MARSHALL.
Plant a Tree

We encourage you to share your most beloved memories of RICHARD here, so that the family and other loved ones can always see it. You can upload cherished photographs, or share your favorite stories, and can even comment on those shared by others.

Posted Jul 30, 2020 at 07:33pm
Sue and Family, so sorry for your loss. Hope your memories help to comfort you.
Debbie (ARGALL) Luplow
Comment Share
Share via: 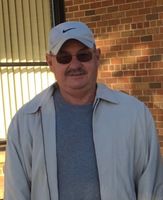