To share your memory on the wall of JOANN HAKALA, sign in using one of the following options:

Provide comfort for the family of JOANN HAKALA with a meaningful gesture of sympathy.

Print
Joann Marie Hakala, 85, of Negaunee, passed away Friday afternoon, May 1, 2020 at UP Health System Marquette.

Joann was a beautiful lady born January 2, 1935 to Paul and Celina (Garceau) Austin. She grew up in Ishpeming with her five si... Read More
Joann Marie Hakala, 85, of Negaunee, passed away Friday afternoon, May 1, 2020 at UP Health System Marquette.

Joann was a beautiful lady born January 2, 1935 to Paul and Celina (Garceau) Austin. She grew up in Ishpeming with her five siblings but spent most of her life in Negaunee with her husband of 54 years, Edwin, raising their five children. Joann was a longtime member of St. Paul Catholic Church, Negaunee.

Joann graduated from Ishpeming High School, Class of 1952, and then attended Northern Michigan University where she earned a Master’s of Arts and an Education Specialist degree in Elementary Education. She had a 22-year career as an elementary school librarian and teacher for Marquette Area Public Schools and taught children’s literature for one year at NMU. Joann also authored two books, receiving the 2004 Upper Peninsula Writer’s Association Writer of the Year Award for her first book, A Matter of Courage. Her second book was a children’s book titled, “A Baby Brother, Oh No!”

Joann loved to travel as she and Ed were always looking forward to their next getaway. They took multiple visits to Finland to visit Ed’s relatives as well as trips to Hawaii, Mexico, Germany and Switzerland.

She loved to spend her free time listening to her favorite singer, Daniel O’Donnell. She could sit and watch his videos or listen to his music for hours on end. She was thrilled when she and Ed had the opportunity to travel to see him perform live.

She was preceded in death by her parents; her husband Edwin Robert Hakala in 2013; and brother, Robert (Diane) Austin.

Joann’s family extends a heartfelt thank you to the staff at Brookridge Heights Assisted Living for the wonderful care over the past three years, and also the staff at UP Health System’s ICU.

Joann’s memorial page may be viewed at koskeyfuneralhome.com
Read Less

There are no events scheduled. You can still show your support by sending flowers directly to the family, or planting a memorial tree in memory of JOANN MARIE HAKALA (Austin).
Plant a Tree

We encourage you to share your most beloved memories of JOANN here, so that the family and other loved ones can always see it. You can upload cherished photographs, or share your favorite stories, and can even comment on those shared by others.

Posted May 22, 2020 at 04:41pm
Hakala family,there are no words to express our sadness of the loss of your dear mother.She was such a sweetheart.I loved serving her & your dad before they would leave on an adventure somewhere at the old airport.they were such a nice couple. God Bless you all. Bob pelletier & Paula Croschere
Comment Share
Share via:
CH

Posted May 17, 2020 at 10:45am
My heartfelt sympathy goes out to Joann's family. I worked with Joann at Silver Creek. One of my fondest memories of her was when she was a librarian. I taught third grade and my students loved going to the library. They went two times a week; once to pick their own books. Their favorite time was when they partnered with a Kindergarten class to be their buddies for the year. She gave them the opportunity to meet them at the library and be their mentors to pick a book and learn the procedure to check it out. Students were able in this way to develop responsibilities and friendships across grade levels. This is an example of her influence on the students at Silver Creek. My sympathy, Colleen Hayse
Comment Share
Share via:
JF

Posted May 15, 2020 at 07:41pm
I didn't get to see Joann during her last few years due to my own health issues,but I thought of her often. I loved our library conf trips together 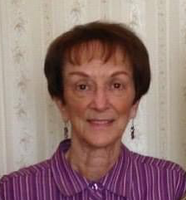