To share your memory on the wall of FRANCIS NEMETZ, sign in using one of the following options:

Provide comfort for the family of FRANCIS NEMETZ with a meaningful gesture of sympathy.

Francis met the love of his life, Frances Ann Zoberski and on February 15, 1958 the couple wed. Together they experienced 51 years of being Fran and Fran, enjoyed 7 children, 18 grandchildren, and 14 great grandchildren.

The earliest days of his life were spent on the family farm at W 5603 Linsmeier Rd. on the Birch Creek. “Fatsie” as his friends called him, was a well-known mechanic in Menominee and later in Negaunee Township where he moved his family in 1972 to work for Wurth Concrete building the Tilden Mine. Having attended training with Volkswagen in Milwaukee and owning a service repair station on the corner of M35/US41 in Menominee, his talents went far beyond just automobiles. He enjoyed restoring vintage John Deere tractors, building motorcycles, and operated and repaired every piece of heavy equipment ever broken during his time as a proud member of the Operating Engineers 324.

Fran’s spare time was spent hunting with his family members, building and driving stock cars and drag racers, watching racing and The Packers on TV, tapping trees and boiling maple syrup, tending chickens and bees, growing apple trees and feeding his birds. He was a fantastic storyteller and an avid writer, contributing many articles to the Porcupine Press and was well known for his editorials in the Mining Journal. Fran was considered by many to be a near professional level whistler and his most prized possession was his beautiful family.

He was preceded in death by his parents; his loving wife; his only brother, Robert (Buck); and his stepmother, Ruth.

The family would like to thank oncologist Dr. Ali Bseiso for his 19 years of dedicated care at Marshfield clinic, and extend appreciation for the staff at UP Health System Marquette.

A celebration of Fran’s life will be held at Koskey Funeral Home, 106 W. Main Street, Negaunee on Sunday, January 5, 2020. The family will greet visitors starting at 1:00 pm, and services will be held at 2:00 pm with time for sharing stories about Fran’s escapades and adventures. A catered luncheon will follow at The ELKS Lodge, 107 N Pioneer Ave., Negaunee.

Fran’s memorial page may be viewed at koskeyfuneralhome.com.
Read Less

We encourage you to share your most beloved memories of FRANCIS here, so that the family and other loved ones can always see it. You can upload cherished photographs, or share your favorite stories, and can even comment on those shared by others.

Cindy Grinsteiner-Thomey and Ryan and Rhonda Gay have sent flowers to the family of FRANCIS JOSEPH NEMETZ Jr..
Show you care by sending flowers

Posted Jan 22, 2020 at 12:07pm
Fran Nemetz Family,
So sorry to hear of Fran's passing. Our thoughts and prayers are with all of you. We have fond memories of Fran with our Dad; Loren. Our deepest sympathy.
Potter Girls-Donna, Linda, Laura, and Diane
Comment Share
Share via:
PM

Posted Jan 10, 2020 at 09:17pm
so sorry to read that a friend from the past has gone now to be with his wife after many years......Such a wonderful man and father to many dear children...may he rest in peace.... may God comfort all of you ~~ Pat (Grimes) Malette and husband Frank
Comment Share
Share via:
BK

Posted Jan 05, 2020 at 01:15pm
Our thoughts and prayers are with you all. Wish we could have been there. Bill and Deb Kurian.
Comment Share
Share via:
S

Posted Jan 05, 2020 at 12:04am
Our thoughts and prayers are with the entire family during this time of grief. Michael and Sue Wiljanen
Comment Share
Share via:
CG

Posted Jan 04, 2020 at 08:44am
Remembering a kind and tender man, my thoughts and prayers are with your family. 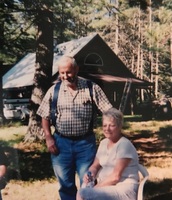 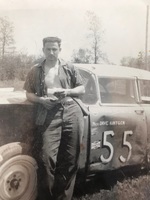