To share your memory on the wall of MARY STORTI, sign in using one of the following options:

Provide comfort for the family of MARY STORTI with a meaningful gesture of sympathy.

Mary came into this world on February 26, 1924 in Negaunee, Michigan to Carmello and Rosalie (Sgro) Russo, Sr. Her parents immigrated from Sicily, Italy in the early 1900’s for a better life for their children in the United States. Mary graduated from Negaunee St. Paul High School and joined the “Russo Brothers,” selling vegetables and fruit door to door to residents in the surrounding area, which eventually led to the establishment of Russo Brothers Grocery Store in Negaunee.

On August 7, 1948, Mary married Richard Storti and settled in Gwinn to work and raise their family. Mary, a devout Catholic, was a longtime member of St. Anthony Catholic Church and enjoyed the camaraderie with the ladies of the Altar Society and also the VFW Club Auxiliary. In Cape Coral, FL she was a member of St. Katherine’s Drexel Catholic Church and the Italian American Club where she enjoyed listening to singers from Italy along with eating tasty Italian food. Up until five weeks before her death, Mary loved to go out every night and listen to music and mingle with people during her winter stay in Florida.

A Mass of Christian Burial will be celebrated at 11:00 am on Friday, June 21st at St. Anthony Catholic Church with Rev. Allen Mott officiating. The family will greet relatives and friends in the Baraga Room at St. Anthony’s from 9:30 am until the time of Mass at 11:00 am, and also at a luncheon in church fellowship hall. Following the luncheon, burial will take place in the Gwinn Cemetery. Pallbearers will be George and Tom Russo, Fran, John and Mike Korhonen and James Armatti. In lieu of flowers, memorial contributions may be directed in Mary’s memory to St. Anthony’s Endowment Fund.

Condolences may be expressed online at koskeyfuneralhome.com.
Read Less

To send flowers to the family or plant a tree in memory of MARY ROSALIE STORTI (Russo), please visit our Heartfelt Sympathies Store.

We encourage you to share your most beloved memories of MARY here, so that the family and other loved ones can always see it. You can upload cherished photographs, or share your favorite stories, and can even comment on those shared by others.

Guaranteed hand delivery by a local florist
BY

Posted Jun 20, 2019 at 08:20am
My sincere condolences to you RIck and Rita. She sure was one lucky lady to have both of you to give her the best of both
worlds.
Terry Ayotte 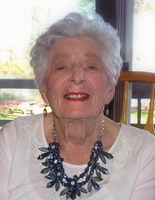